We can rebuild them... 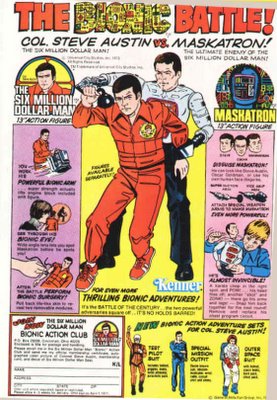 It seems that the first two US workers have had chips implanted transdermally so that they can be identified to enter the company's strong room. The Guardian has an editorial on the story (thank you Jeff).

Monbiot paints a fairly decent picture of the creeping machine of the state, but he's too optimistic by far when he says stuff like:

I don't believe that you or I or most comfortable, mentally competent people will be forced to wear a tag. But it will become an increasingly acceptable means of tracking and identifying people who could be a danger to themselves, or who could be at risk of sudden illness or disappearance, or who are otherwise hard for companies or governments to control. They will, on the whole, be people whose political voice is muted.

As I wrote in January when confronted with the security clusterfuck at Orlando airport, the fact is that enough people don't give a crap about their privacy and civil liberties that it gives them a toehold to press everyone else to get a chip or an eyeprint or whatever.