Don't ask me to be rational

About this. Even though I know that something as asinine as a cartoon contest about the holocaust is pretty much designed to piss off the Jews and I'm only playing my part by getting enraged--oh well. This Jew is pissed off. "Why should questioning the Holocaust be a taboo?" they ask. And I'm brought back to the qotd below: Poor taste is nothing compared to immorality.

It's all so frustrating. It's such a scripted drama. This sort of shit is intended to make people like me say, "Gee we should just bomb the fuck out of those folks." All the better martyr-fodder, don't you know... 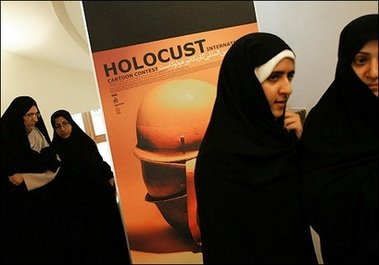